London is about to see an all–new motoring event. Organised by the team responsible for the famous Concours of Elegance – an exhibition of incomparable automotive art –that has been held at Hampton Court Palace since 2012, the London version of this landmark social event, City Concours, will see a similar selection of exceptional modern and historic cars on display demonstrating the very best from the world of automotive engineers and designers through the ages. 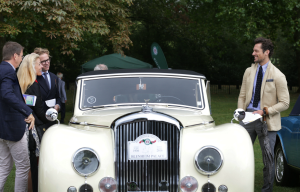 “What will really set the City Concours apart from any other car event is the calibre of the cars we’re displaying,” says Andrew Evans, City Concours Director. “Our ‘Modern Bespoke’ category is just one example of the kind of unique and rarely seen models that we’ll have on display. The chances of seeing one of these cars on the road are extremely low, but we’ll have all of them, plus around a hundred more, all gathered in the oasis of green that is London’s Honourable Artillery Company.”

Examples of vehicles on show at the event include:

Plus an assortment of American muscle cars, Le Mans winners and F1 winners. 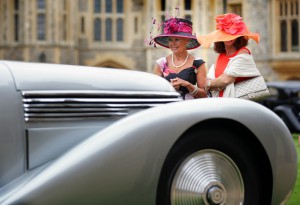 The original: The delightful Concours of Elegance at Windsor Castle

In the ‘Modern Bespoke’ class celebrating the best of hand-built and exceptional cars is a Porsche 911 reimagined by Singer, fully restored and boasting a 3.8L Cosworth-developed flat-six, six-speed transmission and external oil and central fuel fillers.

Using a Jaguar E-Type as its base is Eagle’s E-Type Low Drag Coupé, famously described by Jeremy Clarkson on Top Gear as “the most beautiful thing in the world”. Everything is new or upgraded during the 7,000 man–hours needed to create this ultimate modern reinterpretation of the E-Type.

Of course, no event would be complete without some Italian classics. This year the City Concours features one of Zagato’s bespoke Ferrari models – the 550 GTZ Barchetta, only three of which were ever produced. Then there’s the one-of-seven Touring Superleggera Disco Volante Spyders. Based on an Alfa Romeo 8C, this handcrafted model is finished with a dramatic and retro-inspired body that took 10,000 hours to complete.

To complete the wonderful selection of cars on display, many luxury brands will be on site showcasing their goods, as well as a selection of quality food and drink options. There will also be stands from dealers Stratstone, Romans and Clayton Classics, alongside a display from reborn British sports car maker, Atalanta, and the official outfitter to the City Concours, Mason & Sons.

For tickets to what promises to be the ultimate display of luxury vehicles, visit the website at www.cityconcours.co.uk.