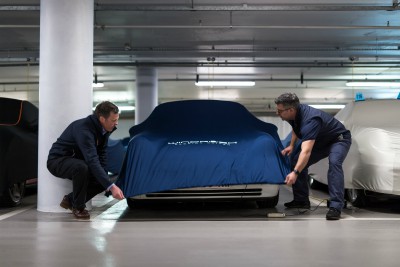 Under-cover: Tucked up and safe

I have always had a quandary: when I win the lottery and purchase my dream fleet of cars, where could I have them stored and cared for while I’m travelling around the world? That fleet of cars won’t just be hunks of metal to get me from A to B. They will be cars I have admired for years, cars that are works of art and which should be revered, cars that I take great pleasure from each time I take them out.

Well, now the problem is solved. Somewhere, tucked away hidden from the bustle of the busy streets of London is Windrush Car Storage. Windrush is the perfect home for cherished vehicles, and puts owner’s minds totally at ease during times of separation.

Tim Earnshaw, Founder and Managing Director of Windrush – also referred to by its nickname of the ‘Batcave’ – has always been passionate about cars. Many years ago he built himself a Morgan and created his own storage to care for his car when not taking it out on the roads around the Cotswolds of England. Over time, he also started to look after friends’ cars. Earnshaw also had a full time job working with the Ferrari F1 team, and this only enhanced his attention to detail. In the background his car storage business was growing and in 2009 he left Ferrari to run Windrush full time. Over the years, Windrush grew and in 2015 expanded to its current location “somewhere in London” (yes, it’s a secret!).

First class all the way 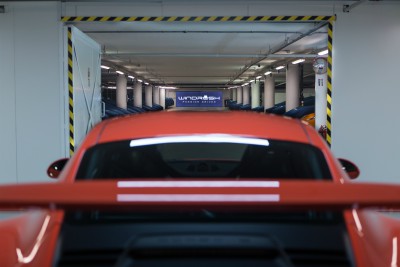 When a client first arrives at Windrush, they are welcomed at a first class lounge, and once details are exchanged, they are taken to the secret location, hidden behind a plain white wall with no clues as to what lies behind. When the car arrives it is first given a full clean and valet. Windrush have a fully audited intake process for every vehicle that arrives. Each car has a detailed record sheet whilst in the storage showing all the checks carried out on arrival and that sheet is signed by the staff member who takes ownership of the work carried out. The car is then parked, covered and connected to a trickle charge. The atmosphere in the area is temperature controlled and dehumidified.

Within the location I spent an age trying to guess the silhouettes of the cars hidden under the covers. Windrush take the owners’ privacy very seriously and, once the car is tucked up, there it remains until ready to be used again. I could make out various Porsches, Ferraris and the unmistakeable shape of an Aston Martin – was it a DB5 or DB6, though? Windrush don’t just look after expensive luxury cars – they have had an Austin Metro City and currently look after a Ford Capri.

All these vehicles are the prized possessions of their owners who want them cared for and looked after. Whilst I was there, a classic 1970s Porsche Carrera was being prepared for pick up. The car was in amazing condition and was being cleaned and valeted – looking better than new. 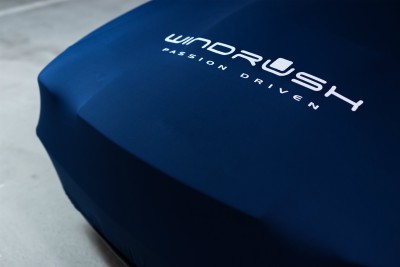 Client confidentiality is key at Windrush

Windrush don’t only store the cars, they also provide a full service for owners. They will collect and deliver the cars as and when required – their drivers are trained by the Royal Society for the Prevention of Accidents (ROSPA), to ensure they also care for the cars when on the road. Windrush have relationships with a number of companies, such as HR Owen, and will act as middle men to arrange any servicing and repairs should they be required, again taking the effort away from the owner.

Previously they have delivered an owner’s Porsche to France when his Ferrari had broken down. In effect, Windrush are baby sitters for the cars, providing a real personal touch and seemed to care as much about the cars in their care as the owners do. Their attention to detail was evident during my visit, making it obvious that Earnshaw’s time at Ferrari has paid dividends!

A quote from one of their clients in their brochure sums up what I saw:

“Nothing seems to be too much trouble for the team at Windrush. Whatever I need is carried out without fuss, to say they are a car storage company seems almost unfair. First-class concierge is more befitting.”

I am now happy that when I do win the lottery I know exactly where my fleet of cars will be stored. Earnshaw and his team provide an excellent all round service and really care about the cars they are looking after, leaving owners to simply enjoy their magnificent machines without any of the worries.